A ridiculous quest.
And a hero with extremely dodgy credentials.

Oh, he enjoys a few hobbies.

But considering what Balthazar used to be like, these pursuits are harmless. And surely he deserves a reward for assassinating the elusive necromancer John Mortlake in the middle of Cairo’s teeming bazaar. What could be better than a holiday cruise up the Nile with his secretary Lucas Devereaux?

There’s just one thing that might ruin his mood.

If, for example, someone stole the talisman that’s kept him alive for two thousand years.

That would really suck.

Unfortunately for Balthazar, he just killed the wrong necromancer – one with a vengeful daughter and huge debts to some very shady djinn. To get his mojo back, he and Lucas must find a legendary sword and liberate a desert kingdom of magical misfits. For centuries, the people of Al Miraj have sought a valiant champion willing to face the wrath of the arch demon Fulad-zereh!

What they get is Balthazar.

But the gods always did like a good joke.

If you are new to my blog you might not know just how much I love the books by Kat Ross. (I have read every single one of them except her debut Sci-fi story.) Some of the books… looks lovingly at her signed copy of Inferno… are my new favorite fantasy books. Some are just plain fun like most of the rest of the Gaslamp Gothic series, here’s my review for Dead Ringer. Her other new book this year book A Feast of Phantoms hasn’t yet been reviewed because I think it would break my heart to revisit that world without getting more of it YESTERDAY!

I’m a third of the way through Balthazar’s Bane and well life has been incredibly busy, and full lately. My reading time is very slim right now… but 🤞 my schedule for Aug isn’t as full as July’s was.  I really need to find out how Balthazar’s going to get out of the fix he’s currently gotten himself into.

And have I told you how much I love the Balthazar character? If not go look at my post Mature Characters Matter: Why I Love Balthazar.

When the tides roll in, death follows.

That is what eighteen-year-old Hania has been told all her life. For the depths of the sea hide the cruel and magical tidespeople, strange gods and creatures of the water who see human life as nothing more than a game. When they sweep her brother away with them, a new pet for their queen, she knows she has no option but to get him back. And her one hope is Aven, a lonely, imprisoned selkie desperate to return home. So she strikes a deal.

She will return his skin, and his power with it, and in exchange Aven will take her to the Realm of Tides.

But once there Hania finds a world unlike any she imagined. A world of beauty and danger, of magic beyond any the old tales could have prepared her for. The longer she finds herself there the more fear of the undersea realm turns to awe–and an uneasy alliance with Aven turns to something far more thrilling and far more damning. But here deadlier creatures than Aven lurk, eager to kill her, claim her, or break her.

Her brother’s capture is only the beginning of the game. A game of hearts and lives, loyalty and cunning. And to save them all she must be willing to play it and win–or die trying.

This book was so much fun! I’m so glad the author reached out through my blog and gave me the chance to read her story. It was unlike any other YA book I’ve read. Also can we take a moment and acknowledge the beautiful cover? 😍 Wow.

The world you first enter is rather familiar for YA fantasy readers. Middle ages setting, small village, the market square, the baker’s son, a heroine that loves her home and has a tragic backstory. You even first enter the story with Hania getting an archery lesson. It was easy for me to think, “Ah, I know where this is going….”

I was so, so wrong! Happily so.

Once the story gets rolling it becomes something totally unique.

I’m not even sure how to review it without spoilers. So be forewarned there may be slight spoilers ahead, although I have done my best to minimize them.

The world of Tides is an amazing place full of amazing settings and creatures. I want to go back and reread the descriptions of the forest where they enter the land of Tides. I was engrossed in the action and hungry to know what was going to happen that I didn’t fully take them in.

Hania grew on me, I was afraid of another oh-so-special-chosen-one type heroine or the possibility of that she’d be the girl everyone falls in love with so they will do anything for her. In the end Hania was her own person who gains friends by being frank, but courteous, carefully thinking through situations and sheer will. She stands out from the other humans the Tidespeople meet because of that she is just too determined to quit.

This book touches on some deep issues of slavery, revenge, loyalty and family.  I was impressed for what at first seemed like a typical YA fantasy and  a debut none the less. On the one hand the story had so much action and adventure but on the other it really resonates.

A treat of a read! World building, beautiful settings, strong characters and surprising twists make this a great YA book.

Johanna knew that in order to free her people from the hand of the Frank’s that she’d need allies. There was a tournament announced at Ipswich. She had just a fortnight to make it there and that would mean chartering a boat to take the way through IJsseloog. It wouldn’t come cheap though.

She found a drunken Captain with enough debts to make him desperate enough to attempt the straight.

The weather was pleasant but as they approach the small rocky islands near the center of the straight the ship grew silent and the sailors pensive.

It wasn’t long before  the singing began. At first a low hum, then a sweet melody swept over the deck. “Siren” someone whispered, but it was too late.  The men were now calm, their eyes glassy, each one was now starring to the North, to the rocks.

Johanna began to panic if they steered the ship in that direction the boat would be dashed to pieces.

How will Johanna escape the Siren?

Vote by leaving me a comment or going to my Twitter poll. The adventure will continue soon…

Johanna Christina Stephalina Gerolf hated Charlemagne. She’d never met him, but she hated him. He had conquered her land and her people. He had subjugated them. Everyone knew the stories of the Romans, how they had come and forced taxes on the people. How they had exerted their control, but the Romans never tried to make them Roman. But Charlemagne exerted his influence over the land turning all the people into “Franks.” East Francia they call her land now.

She was a Queen without a land, without a people, but she would never be without a fight. Her people were farmers, fishers and traders. There were few warriors among them. Johanna’s crown was lost, but the iron in her heart and the sword in her hand would serve her now…

My Myth Taker Knight is based partially on history of Holland. You can follow the links in the text above to see the Wikipedia pages for the different subjects.

My Great-Grandparents immigrated from Holland in 1920 when my Great-Grandmother whose name was Johanna Christina Stephalina Van********* was pregnant with my Grandfather.

Count Gerolf is credited with creating the county of Holland in the late 800’s. Charlemagne conquered the whole of Western Europe during his reign 768-814. Unlike the Roman who has previously conquered the area, Charlemagne was interested in more than taxes. His goal was to totally reform Europe, religion, language and education.

My knight Johanna is placed somewhere in the late 850’s it’s the early Middle Ages in Europe. Charlemagne’s empire has collapsed. Vikings raid across Europe. And an ice age has begun.

If course this setting is just a background. My knight may face many dangers both of the real world and the mythological one.

So what will Johanna face first?

Vote by leaving me a comment or going to my Twitter poll. The adventure will continue soon…

In June I’ll be taking the #MakeYourMythTaker Readathon Challenge! Full details are in the video and here on Twitter.

• No previous participation in Myth-Take needed • Minimum of 4 books, ALL formats & genres allowed • No doubling up • Complete in order – you have free rein over additional reads • Your 3rd prompt is your crossover prompt – see video for info

The armies of knights, mercenaries, gladiators, and vikings are not for the faint of heart. Grab your sword, you shield, and your nerve before jumping in with this lot…

The royal court is home to monarchs, courtiers, jesters…. and even a royal spy or two. They may seem more gentle than their fellows, but best to keep your guard up all the same…

The bandits, assassins, exiles, and pirates make up this faction. Up to no good, full of tricks and deceptions, there’s never a dull moment with this bunch…

Goddesses, witches, fairies, and oracles abound within the sorcerers’ camp. A place of magic and whimsy for all who dare enter…

I am declaring for KNIGHT #MakeYourMythTaker.

My TBR shall be:

⚔ Buried in Angst – Book by a favorite author. I loved David’s book Clod Makes A Friend so much and he loved my review of the book so much that we have become real life friend (although we have yet to meet in person.) Angst was a great book too and I’m ready to jump into the next book.

⚔ Mortal Sight – Book with a weapon on the cover. This is the first book I’ve won from an Instagram contest!!! I’m excited to read this book, and yes there is a tiny knife on the cover.

⚔ Cress – Continue a series. Angst could count in this category too, but they specified no double-dipping. Beside it’s about time I get on with the Lunar Chronicles.

⚔ Shadow Dawn – A quest to save. I’ve been hoping to save this book until we could find the rest of the series, but when digging through my TBR this was the one that stood out. Also it gives me an excuse to have to rewatch Willow.

I’m planning posts throughout the month so please check back. And if you have declared for Make Your Myth Taker leave me you link below so I can check it out. 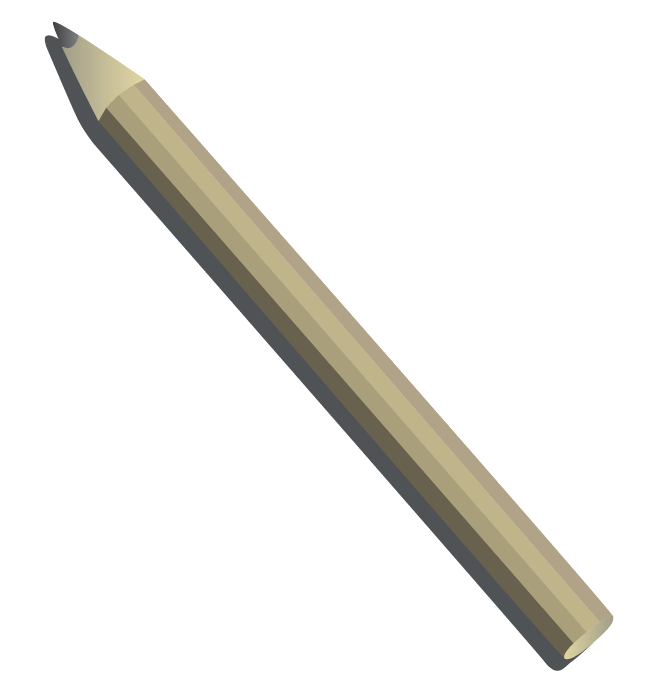